SEMICONDUCTOR REVIEW THANK YOU FOR SUBSCRIBING 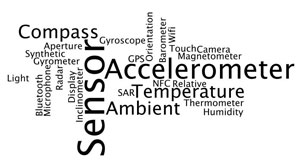 It is widely believed that by the end of 2018, approximately 23 billion devices will communicate with a myriad of networks, thanks to the advent of the IoT. The rising popularity of the IoT has also spurred the demand for cutting-edge, customized optoelectronic sensor solutions. Different types of optical sensors such as through-beam, retro-reflective and diffuse reflection sensors have been extensively used in various applications over the past few years. Unlike yesteryear cables, the absence of electricity in its strong resistance to drastic temperature changes has made optical sensor communication highly preferred globally. Contrary to common belief, optical sensors aren’t merely objects exploited for research and development purposes; they are embedded in devices most humans use on a routine basis. Ambient light sensors embedded in most mobile phones these days are perfect examples of an optical sensor application, which most people, today, can relate with. In a significant way, optical sensors have revolutionized the biomedical industry. Optical heart-rate monitors, for instance, have been extensively used by medics across the globe.

In a typical optical heart-rate monitoring sensor, light reflected by the skin is captured by optical sensors. The density of blood and its ability to absorb light helps the sensors accurately determine fluctuations in heart rate. Optical sensor-based liquid level indicators are quite popular too and help in limiting liquids to the desired levels in oil refineries. These liquid level indicators are amalgamations of LEDs, light transistors and prisms and they trigger an alert based on the amount of light reflected by the sensors.

Another application of optical sensing which has gained immense popularity over the years is demand control kitchen ventilation (DCKV) systems. These ventilation systems trigger an alert if penetrated by smoke, triggering fans to operate at high speed, thus preventing suffocation by a great deal. The embracement of the BYOD culture worldwide and the advent of technology have definitely made optical sensors popular. Industry veterans opine that custom optical sensors are futuristic and will be a pivotal part of many applications in the days to come. In the current technological climate, it seems like custom optical sensors are here to stay.

Luckylight Electronics: Customizable LED Components to Light up the World

Global chip shortage to continue till mid 2022 until there is an improvement.

Growth trends, and forecasts of the Global Automotive Semiconductor Industry for the 2021 to 2026

The Disruption of the Supply Chain to Affect Global Supply

Use of Power Electronics Systems in Automotive Applications

However, if you would like to share the information in this article, you may use the link below: